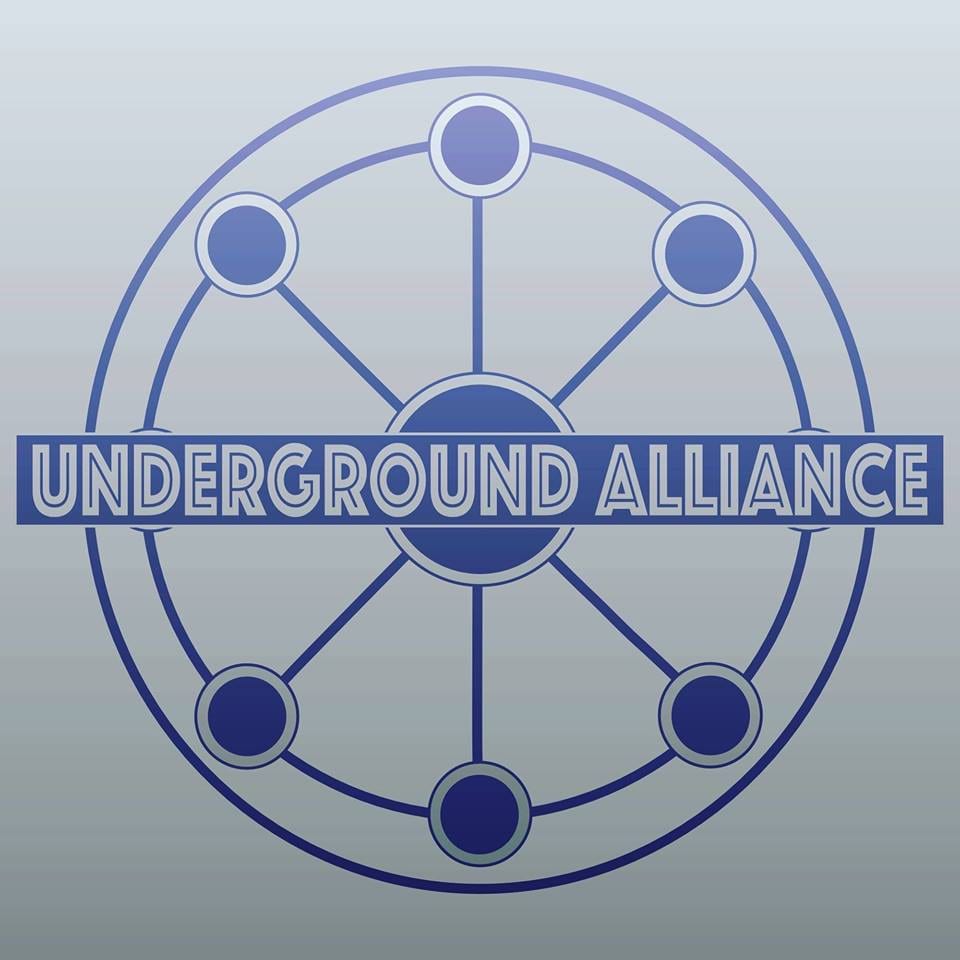 Some of the most respect names in foundation drum & bass and jungle have united to form the Underground Alliance: A collective of self-managing artists looking to consolidate their presence in the game and help push themselves, each other and the music forward.

Artists signed up so far are Spirit, Digital, Loxy, Blocks & Escher, Mantra, Double O, Nomine, Satl and Blackeye MC with more kindred sonic spirits expected to join in the coming months. And if you think that reads like a dream lineup, great news… In time they’ll be launching their own Underground Alliance events, too.

Logical progression from the current groundswell of innovative DIY ethics currently prominent in drum & bass (such as the wealth of new artist-run independent labels and more artists moving away from the established agencies and taking their own bookings into their own hands) Underground Alliance maintains the artists’ full control over their bookings and self promotion but from a more professional platform. DIY attitude but with strength in numbers, this is an exciting development with a healthy cross-section of bonafide OGs and next gen talent. We asked Spirit, the man behind the idea and website, for more details…

What inspired this move?

I’ve actually had it in my head it for a while. I was doing my own bookings and then thought that there’s some really outstanding talent doing the same, with us all scrambling around advertising our email addresses or Facebook pages and hustling away, or not! It was such an obvious move that no one had bothered to do really. This way there’s a more professional focal point without changing any aspect of what everyone’s doing anyway other than a different point of contact. It’s something we can build, advertise, publicise and get involved in. It’s very hard to do that with just an email address. It’s also another way to reach out to the general public and keep them updated on what we’re all doing.

Are you looking for more DJs to join? And will you stop at a certain amount so it doesn’t get too big?

Both eventually. Right now I’m really happy with who is on board. Everyone I asked came on board and has been really supportive of it. They’re all people I’ve worked with, or known for years and always had a good relationship, or newer people I’m working with and I’ve got to know such as Satl. He’s only 22 but he’s got a really mature head on him and I love his music and enthusiasm. Loxy got my first ever DAT 23 years ago! Mantra and Double O are the epitome of building something up from small. I’ve played for Rupture regularly and released a 12” with them and they’re genuinely nice people. I think if it got too big it might start to lose its focus. Any new additions will also have to have something to add. Just because it’s essentially still everyone working for themselves doesn’t make it a free for all. It’s also not a free service. It’s not for profit but there’s an annual subscription to help cover the running costs and advertising plans etc. The thing is, there is absolutely nothing stopping anyone else doing the same thing with a bunch of artists they all know. It’s not here just to be used ‘because it’s there already’.

When do you think you’ll start doing Underground Alliance events?

I’m not sure date-wise. I’m planning to start in London so will be looking into venues very soon. I haven’t really thought too much about taking it further than that at the moment as it’s not the easiest logistically. The travel budget alone would be quite big. The idea is more to showcase everyone and give people the experience of what we can do but if promoters were to approach with suggestions for elsewhere then it’ll be something I’ll obviously look into. As it is, when someone books one of us it’s like having a representative at their event. It’s very much one step at a time though at the moment. The good thing is that this doesn’t encroach on what everyone is already doing. It’ll take time to build and isn’t designed as the only point of contact or reference. I’m sure people will still get in touch with us via our other emails, Facebook, wherever until it spreads wider, and they probably always will. I’m not trying to force anyone to use it exclusively.

What else does the world need to know?

The one thing this isn’t is an agency. I’ve seen it mentioned as such but it’s a hub. A common ground on the web if you like. What each artist gets out of it is still dependent on what they put into it themselves. That’s not for everyone. Some people want or need agents because of that reason, and the contacts and relationships they’ve already built over years so they’ll always be around and have a job to do.