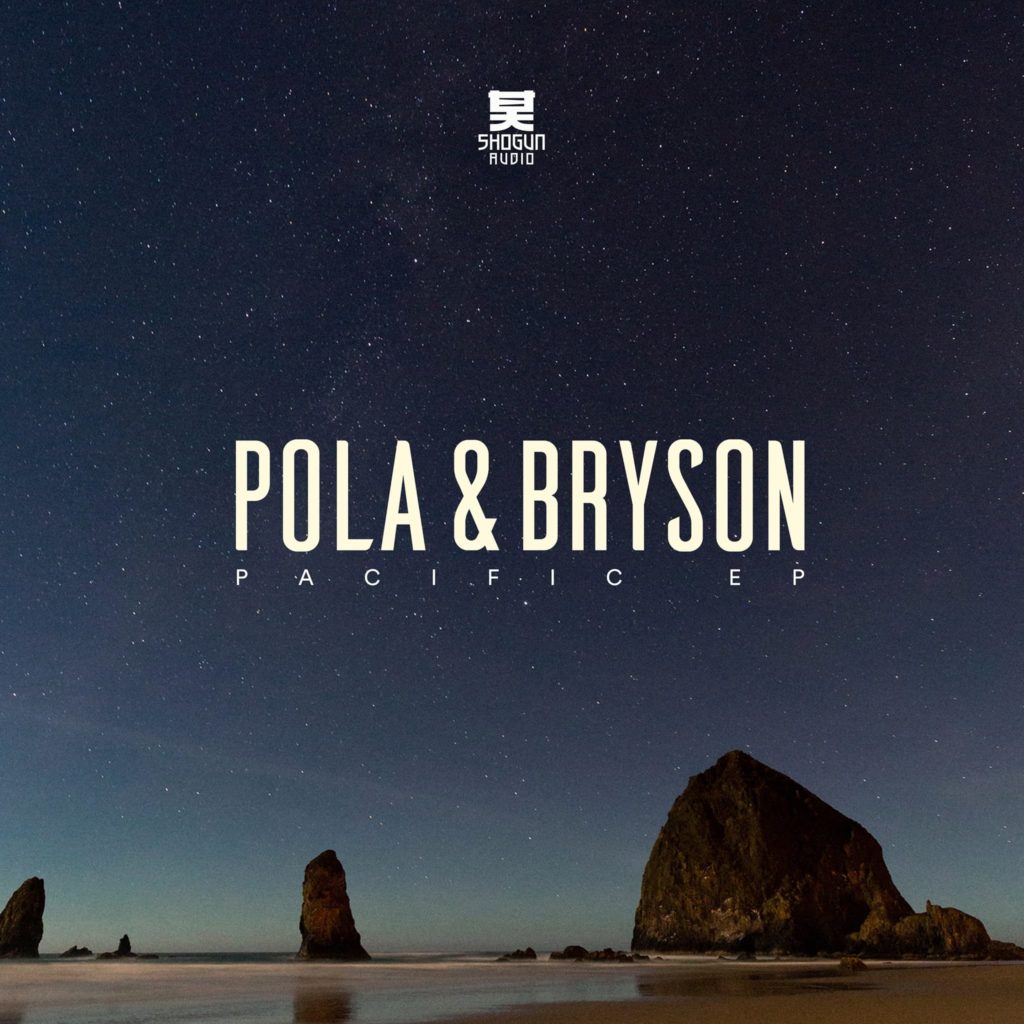 As we farewell the sun’s warm embrace for another year, we’ve swapped festival mode, suncream and flip flops for winter duvets, beanies and cosy nights in… We’re mourning those long summer nights and well and truly entering the moody blues. We’re in need of some soothing sonics, and Pola & Bryson have got us covered…

Last month saw the release of the Pacific EP on Shogun – inspired by their tour of Australia and NZ. Oozing sophisticated musicality with heart-wrenching strings and mind-blowing arrangements that suggest a maturity well beyond their young years, it was the perfect way to round off a massive summer of shows for the duo, including the success of that bootleg that’s seemingly appeared in every set at every event across the country and beyond.

We caught up with the duo to chat about the EP and to pick their brains for a warming selection of winter soothers for these colder months, and boy, did they deliver…

It’s been a year since the Lost In Thought LP made waves, and again it feels like your sound is continuing to mature and evolve. Do you think you’re in a much different place creatively now compared to last year? If so, what do you think has been the biggest change to your creative process since then?

To be completely honest, we feel that every release or every remix you work on takes you to a different creative place. You’re never not learning, whether that’s how to improve on something you already know, how NOT to do a particular thing or even learning a new production or writing technique entirely.

One thing that we’re certain has had a positive impact on what we do in the studio is just the sheer number of collaborations we’ve been working on lately. We’ve teased a few people on social media here and there and some of the collaborations are already out, like the track we wrote with Makoto for his latest album. There’s so much to learn from others and the easiest way to do that is just get in a room together and have some fun creating together.

Let’s chat the Pacific EP – it was inspired by your trip to NZ and Australia this year. What was it about the trip that inspired an entire EP?

Like a lot of our songs, and sometimes without knowing, they can be inspired by experiences or moments of emotion. It’s not necessarily a reflection of a visual experience but more of a feeling that was felt in said experience. In this case it was easy to make that connection between those tours and the tunes that we were making in terms of how we felt emotionally towards these tracks.

It’s difficult to describe the exact feeling in words but all that can be said is that it was an exhausting, yet incredible and eye opening experience, one that sticks with you.

The musicality within your productions continues to floor me… There’s a maturity and sophistication in it that’s well beyond your years. The strings and piano in Abandon and Pacific particularly – do you think the musical side of production is lacking in drum & bass these days in favour of a ‘gully’ drop aimed at clubs/ festivals?

Why, thank you – that’s much appreciated! There’s a lot of producers out there making beautiful melodic based drum & bass, it just seems that at the moment what is popular is that heavier sound. It always has been, but even more so at the moment. The deeper sound has its moments though and like always, what’s most popular tends to shift and will no doubt make its way round to the more melodic styles.

I can’t not ask you guys about the Circles bootleg… It’s been a certified anthem at every festival and event I’ve been to this year, with every big-name rinsing it. Has it been somewhat surreal / overwhelming to see it get the response it has?

It has been really strange, for something we made in a few hours just to play in our sets, it’s received a lot of support. Not only from our peers but from legends within the scene. In turn it’s put them onto our original material and we’ve been receiving a lot of praise from people we never thought would hear our music!

What’s been the highlight of your summer / the year?

Both Hospitality on the Beach and Sun And Bass were incredible experiences for us. Hospitality had us celebrating 15 years of Shogun Audio with the crew on the Friday night and 5 years of Soulvent Records on the closing night, which was truly special!

Sun And Bass was just filled with amazing moments. Playing on Marky’s curated night with Lowqui alongside legends like Makoto, GQ and MC Conrad was an absolute treat and no better place to experience it than San Teodoro. Gorgeous festival as always.

So where to next? What’s coming up for the rest of the year and beyond?

So, like we said before, Shogun Audio is celebrating 15 years in the game this year and is releasing a huge compilation album.. We will be featuring on with a track called ‘Into The Blue’ which we made with DJ Marky that will be out on the 22nd November. Beyond that, we’re continuing to experiment and we’re writing plenty of new music. We’ll have more ready to release in the new year for sure…

Looking forward to it! Now let’s dive into your winter selections…

This one reminds me of a walk home at 6am on an Autumn morning through Farrindgon after seeing Spectrasoul at Fabric shortly after this tune dropped.

My favourite track from LSB’s debut album. It very swiftly became the soundtrack to my winter back in 2016…

I had recently moved back to London when this tune came out. I’ll always associate it with the early morning cab journeys back from Hospitality @ Brixton Academy.

Calibre – No One Gets You

To anybody that has ever experienced any form of synaesthesia, this track is wet fallen leaves on an autumn evening, it’s uncanny!

Very simple track, but has a very emotional resonance with me. One of the very few songs I’m able to play on repeat. Has been and will be on my gig playlist for the foreseeable future.

A track that I have loved since it came out and the feeling has now become nostalgic towards this one. Used to bang it on the train to uni.

Such a great feel-good track, a good morning motivator for me if i’m ever feeling sluggish. 8 minutes long and I wish it was longer.

Hugh Hardie – Behind The Reels

Taken from his new album ‘Shadows & Silhouettes,’ such a lovely piano progression accompanied with a subtle warm sounding piano sound, and crisp rolling drums, great mix. Can’t get better than that.

Was in our sets for a good while this tune, great atmospherics and progression throughout the track. Right in the feels.

Pola & Bryson – Things I Do (The Vanguard Project Remix)

Pola & Bryson – Without You