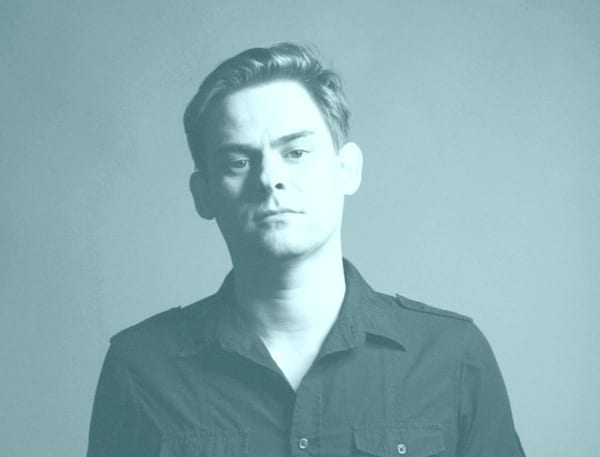 ‘I put my heart on the line when writing music too. Sometimes you get trampled, sometimes it’s embraced’

The fact that the decade-deep output of a certain Lynx is downright unclassifiable and yet instantly recognisable is one of D&B’s great wonders… but it’s not until you step back a bit and absorb the (mutated, cryptic, shifting, sensorially ravaging) big picture that it really sinks in. So, as part one of the Vault retrospective drops we managed to grab some time with the Detail mastermind himself and go right in.

Everything is great I feel excited about music, life and the future.

More detail on this point? Sorry for the pun…

My label Detail is back up and running and I have a lot of music coming for the rest of the year. There’s going to be nearly 50 tracks released. Some old some brand new, bangers, chilled tunes, non D&B, halftime and loads more. So get ready for Detail’s return in a big way.

I’m starting off with Vault 1. It’s a look back at unreleased and unheard tunes spanning the last ten years. It’s kind of a celebration of me being in the D&B scene for that time.

When did it come to you to get this release out?

At the beginning of the year I dusted off the cobwebs from my old studio PC. I was actually doing a sample pack for Loopmasters – which is out now – so I was digging through old beats and bits. I kept loading up old tracks, some I had totally forgotten about and others that had been bugging me to get them out there for years. Some of these tunes were written up to ten years ago.

It kept getting to me over the next few months that I NEEDED to get some of this music out there.

In a positive way I needed a mental clear out – to get this music out there to move forward. So I started collating tunes for Vault 1, of which I’m really proud.

I think it shows a lot of different phases of my D&B career so far. There is a whole lot more to come yet! I think so far I have 45 tracks that I’ll span over seven vaults.

Many may think they know Lynx and are going to be surprised by the material: how fresh it is, how varied it is and also how unique your sound is, within D&B. Simple! How does that sit?

Variety is the spice of life right?! I don’t get producers who just bang out the same tune over and over again.

I don’t understand how they don’t get bored. So yeah if people see my music as unique, fresh and varied, I’ve done a good job. 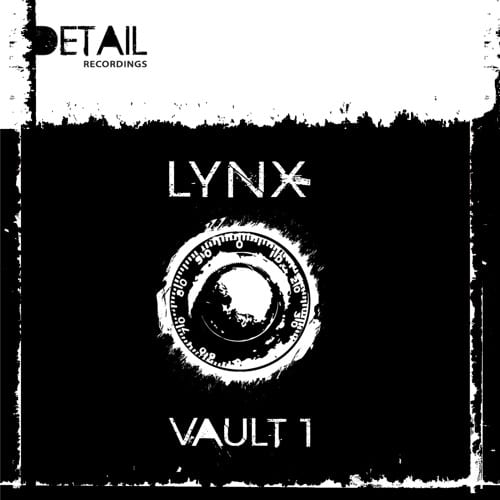 Take us into a tune here that brings back memories of a certain time and place.

‘2nd Floor’, the opening track of Vault 1 brings back a lot of memories. It was written in 2008. Around the time myself and Kemo were writing music for our album the Raw Truth on Soul:R.

Getting DRS involved at the time was awesome, we were both big fans of his voice, back then he wasn’t as big an artist in his own right as he is now, we had mad respect for him nevertheless.

The message of the lyrics just fitted so well that DRS delivered. It matched how we felt at that time. That D&B was in a rut and needed change. Although we are in a better position with more musical diversity now, the message is just as poignant today.

There’s a real struggle in the lyrics, survival, in music and life. Those lyrics still really resonate with me today. I’m from the other end of England to the Manchester crew – DRS, Marcus Intalex Dub Phizix and so on – but their very real, honest approach to music I can relate to.

I put my heart on the line when writing music too. Sometimes you get trampled, sometimes it’s embraced.

I know in recent years you have upgraded your gear, so is this material of different gear and mindset then? ‘Older’ doesn’t mean ‘inferior’ in my books, it’s just different to ‘now’.

Most of this music in the Vault series is written with my old equipment. Some tracks are nearly ten years old, but a few are maybe only two years old. I agree, old studio equipment isn’t necessarily inferior.

Give me a microphone and a recording device and I’ll do my best to write music on it! ha ha.

Tell us about Hellrazor, a common name in your world.

Hellrazor is a producer I have been working with on and off for about five years. He is part owner of Airtight Studios in Chichester, where I write the majority of my music. We go back way further than that though. Rich brought me into the studio way back in 2000 as work experience, I helped out loads at the studio.

I eventually starting running the studios and generally helping out. Doing a bit of sound engineering etc. I would be there up to 80 hours a week. Eventually I moved to London to give being a musician a go full time around 2006.

So I lost touch with the studio for a bit. But I have been back there for the last five years and since then collaborated with Hellrazor on quite a bit of music that has been released on my label Detail. Rich has been writing music for a long long time. He had his first jungle releases back in 1993 with Breakthrough records. We work pretty well together musically, it’s pretty easy going and fun.

How did you and Calibre come to work together?

Calibre came to the studio and stayed at my place for four days. It was an awesome experience. It was a real honour to work with him, and a really enjoyable but intense few days. I consider myself a full on artist, I live and breath writing music and there has been almost no occasion in my life where I have met someone as focused on this as me.

However Calibre is a true musician. Working with him I got a real insight into his workflow. I have to be honest I was exhausted after the experience.

What was really nice is that you imagine Dom to be a super quiet shy person, but when you get to know him he really comes out of his shell, and he really has a lot of interesting stuff to say about life the universe and everything.

We wrote a few sketches and finished two tracks. One of them, ‘Voyager’ is on this album. That one seemed to come together quite easily.

One thing I remember is he kept crashing my computer, which at the time was pretty bomb proof. It wasn’t that he pushed the computer hard: what we were doing was actually pretty simple, but it’s like his workflow totally confused my studio!

I also cooked a full english breakfast one morning before heading to the studio; I wasn’t paying attention and was going through the music we did the day before, I burnt nearly everything. He wasn’t impressed.

I could make up some story but I honestly cant remember! I don’t really remember writing this tune. Again one I just found when searching through tunes. I listened back and thought yeh this is good. It sounds a bit thuggish and primitive, that’s where the name ‘Knuckle Head’ came about.

I’ve never played it in a club before but I caught Doc Scott playing it the other day and it smashed it… I’ll definitely be dropping it in sets now!

I got to a give a mention to Spoonface, the vocalist from the tune ‘Giving In’. This track is actually the newest on Vault 1. About two years old now. It was originally written for my I Am Lynx album on Hospital.

I still don’t get why it wasn’t on there, it fitted perfect with Hospital and great on the album.

It’s a little more commercial/radio than some might expect from me.

But safe to say I’m proud to get this tune out there I think it’s awesome and Spoonface is an AMAZING vocalist! The last time we worked together was on the Raw Truth album on a track called ‘All You Own’.

Since then I’ve been dying to work with him again. As far as I’m aware he doesn’t really write music anymore so I was very lucky to get a vocal from him. You can see him now in Eastenders… and he was in the latest Star Wars too!

What shouts have thee?

A big thanks to all the collaborators: DRS, Kemo, Calibre, Spoonface, Zero One, Tali, Hellrazor Seed & Singer J. To John for the website. Kevin and Dave for artwork. Timo for his amazing VJ skills. Cygnus Music and James at Example Media and anyone else I’ve forgotten!